high time for a new update on the current situation, being minimal... (do not see me theatre at its best)

Its been a while since I saw some Chagall works live in colour – having missed the recent exhibition of exiles in Paris (Chagall, Picasso, Mondrian) at the Stedelijke, in which they displayed a number of rarities from their collection – which is extensive and has some well-known favorites such as the Fiddler from 1912... All the more enjoyable then, the discovery of an 'underground' (literally) exhibition of Chagall at the Olaf Gulbranson museum in Tegernsee at the edge of the Bavarian Alps... A jewel of an exhibition based on a very pristine copy of the Lithographic suite 'Daphnis & Chloé' from 1961... His first major composite work in a medium which he would use extensively to ensure that everyone had access to his work, not only museums and the rich. 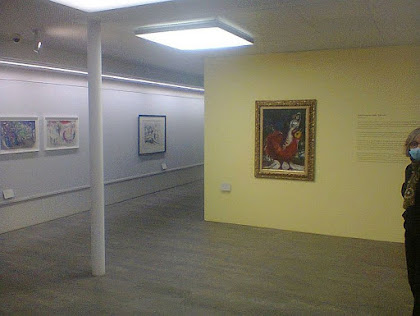 Already a treat to see the suite in it's entirety rather than just parts of it, this is but the beginning... Curator Michael Beck used his connections as partner in Beck & Eggeling (Düsseldorf) to convince a number of private owners to lend their Chagall's to the exhibition... which creates a added dimension which is in itself special, since many of these works have not been seen publicly for a long time or at all... A small but select group of intimate treasures, interspersing the lithographic series at intervals and connected to various periods and techniques, making the show a small but vigorous journey into the eventful life of the artist. In addition to theses 'discoveries' there is a small but extremely interesting note/sketchbook on display covering the period of his sojourn in Paris, flight and arrival in the United States, with the excruciating facets of the war, persecution of Jews, destruction of his hometown Vitebsk and the disaster of the refugee-ship 'Struma' as pictorial references to a series culminating in various crucifixions and the theodisic question 'How can God allow such horror?' The elaborate catalog features an article by Roland Doschka concerning this section. 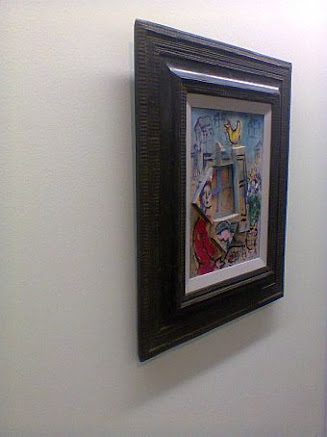 Another section elaborated upon is the 'German' period of Chagall's life by Mario-Andreas von Lüttichau in which the strange and extreme metamorphosis from darling of Herwarth Walden's 'Sturm' and associates to the bane of the Nazi's who included Chagall's works in the infamous 'Entartete Kunst' exhibition – sketching the strange and incredible change of fortune in just a couple of decades with exact references and poignant moments (the sale of unwanted work for foreign currency in Switzerland). This is preceded by a more general view of Chagall's life by Bernhard Maaz, The Lithographic section is introduced by Andrea Knop, and as if this were not enough, the show and catalogue are accompanied by an extensive program of readings and presentations by specialists in their field as far afield as the Israel Museum in Jerusalem to put it all into context.

So, much more than just being able to enjoy Chagall's work in a small and intimate setting, it is an outside chance to view some very special works completely unknown but still familiar, including one wood-relief-collage one would expect Schwitters to make... but then he also turned to flowers in a later period... so too Chagall remains fresh and vibrant, familiar and surprising all at once in the small major exhibition... Well worth a trip if one is heading for the Alps... still until January 2022... 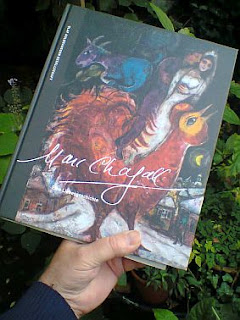 Finally got to Paris again since a while, and finally the project that had been on the sheld since 1962 is being realized: the wrapping of the Arc de Triomphe - a sight for sore eyes... worth a trip. 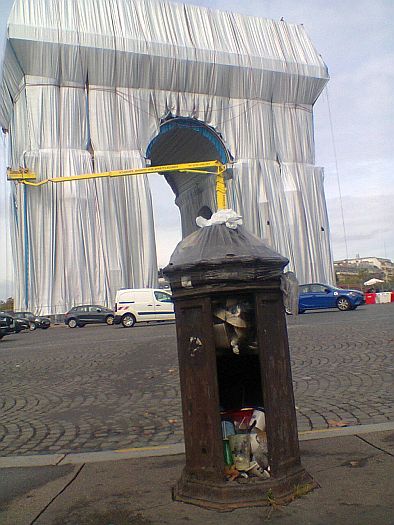 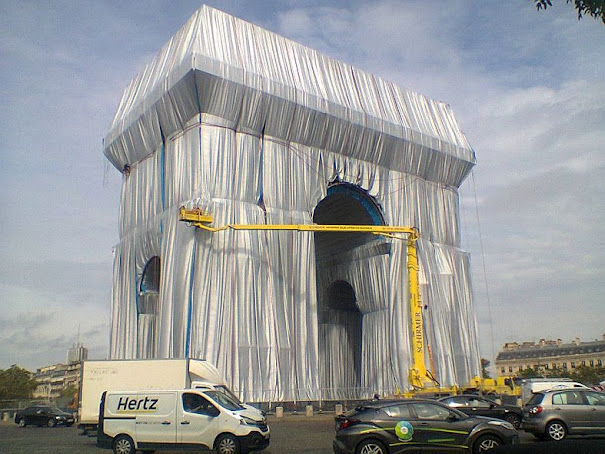 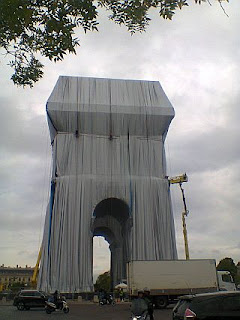 The current project at the Buktapaktop, being a “cadavre esquis” and sectioned in 8 or 9 parts due to the Covid-19 rules, makes for an interesting 'case' of theatre studies.. The exquisite corpse is of course not a physical one, but does have it's roots in the 'theatre of anatomy' - not only in terms of le Comte de Lautréamont's proto-dadaist statement of “the beauty of an encounter of an umbrella and a sewing machine on a operating table” but also in terms of dissecting thoughts in a “Tieranatomisches Theater” - name used in Berlin for ages..; and reminding us of our own mammalian condition – something we seem to forget often...

The fact that the former anatomical theatre now houses and operates the “Heimholz Zentrum für Kulturtechnik” (Centre for Cultural technology) seems very appropriate for my own considerations... 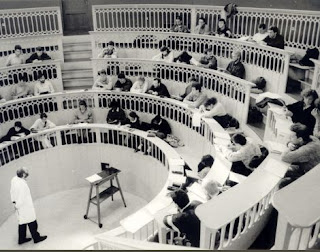 Beginning with the theatre of life & death as it were and the anatomical gaze as essential to understand the inner workings, even if missing the point constantly (dissected rabbit never to hop again) 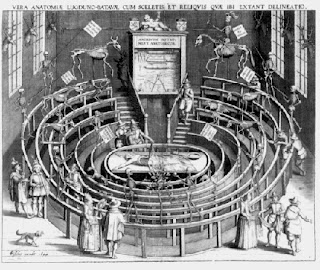 so Buktapaktop's “Cadavere esquis” is something that I consider being performance, theatre and conceptual dissection at the same time – My first instalment was in fact in absentia: taking the day to investigate a stretch of coastline as a 'figure' representing anyone who had passed both recently and in history (as chance would have it these images were taken on one of the many bunkers left over from the “Atlantikwall' fortifications strewn all along the north sea coast - 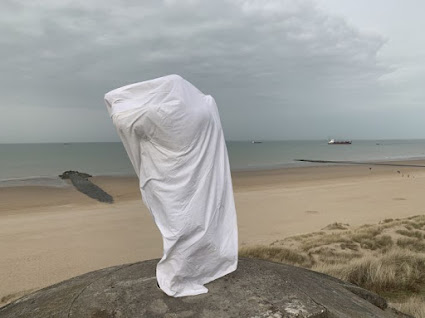 here a report from the 'Obst' section 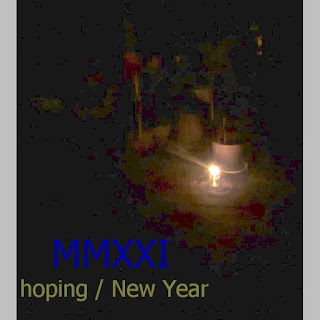 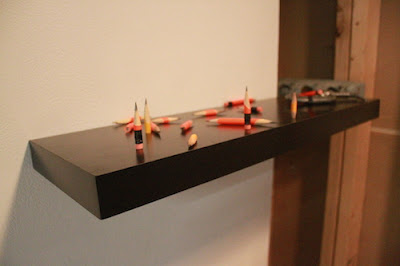 Well I was pleasantly surprised when I had a look at the first results of my investigative project for the series "what remains" at defibrillator in Chicago... I had been somewhat dismayed at the technical problems we encountered ( aside from the sorry fact I couldn't be there myself) and had sort of reduced expectations... But no, it was quite interesting... The crew at DFBR8r had done a good job at installing the piece just in the passage between front and rear... So being part of the gallery space and at the same time the soul kitchen where artists congregate... The presentation being something in passing, an aside to the main events so to speak "en passant" as the french would say... Thus recreating quite well the memory of being out of class during lessons, so to say, sharpening pencils, as if that were an essential part of my education... And yes it was... 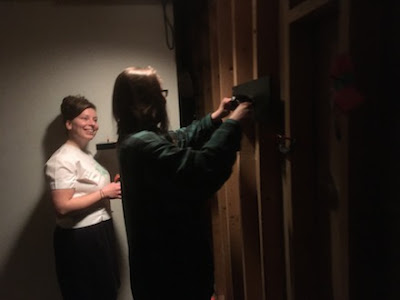 Here too, the aside nature of the proposition, sharpening a pencil while passing by to get a drink or conversely, to see the next performance... And yet just as it is an aside, there is no pretension to a proposal... It seems to come when turning the handle of this manual machine that takes people back to when not everything was automatic. At the same time it's mechanistic and repetitive, grinding away at the troubles... Which is a very positive slant given by one of the participants... 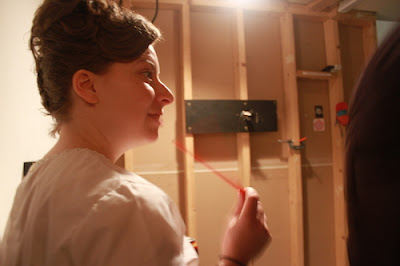 
The setup was perfect... Perfect too was the get-up that C.R. - the artist hosting my piece had prepared... A veritable school teacher from the early sixties... Decent but light & airy blouse with flower decoration, and a wonderful beehive sculpture of a hair-do, slightly flamboyant but retaining a certain strictness needed to keep the kids on the straight & narrow...  And yes, even though I had just mentioned this memory connected to the sharpener at school in passing... It is spot on: the beehive hairdo is also an original Chicago invention...  And what is more... It connects directly back to the pomegranate... By way of Vinci... The creator of the Beehive was Margaret Vinci Heldt, and earlier I had made reference to the grenades designed by Leonardo Da Vinci... But per chance came across a painting by him depicting mother and child ( mary & Jeeez...) with a pomegranate... Well well... 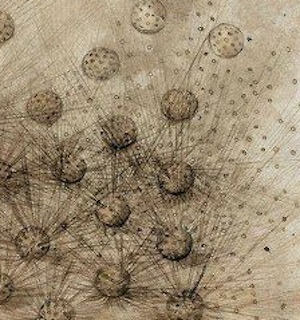 So much for synchronicity and serendipity... 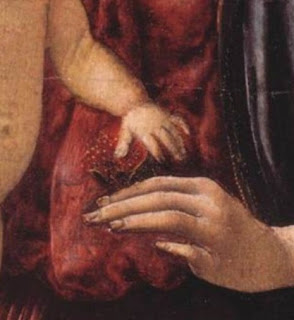 So, after hatching the idea to replace the missing shavings-receptacle with a hollowed- out pomegranate, an idea that was also spawned by some fluke connection made to the projects preceding this one... The question of how many seeds, the varying traditions and meanings... Well, I actually counted the seeds in this one, and there are 468 of them, and as of yet I have not found a number that coincides in some mysterious way...
In the meantime I have had word that my copies of the four remain-investigations are en route... Looking forward to reading about all the other findings... And in the meantime, remains are being gathered everywhere... Virus r no virus...
Keep well!

the next / second step to the pencil-shapening contribution to "what remains" as proposed at the end of the sharpening process to re-connect with the original performance.
full circle.
op maart 08, 2020 Geen opmerkingen:

high time for a new update on the current situation, being minimal... (do not see me theatre at its best)